Find out here what you can expect weather-wise in subtropical Wakayama. Also included are some suggestions on clothing for the various seasons.

Wakayama is situated on Japan’s largest peninsula known as the Kii-hanto at latitude 34.14° North and longitude 135.10° East. Wakayama is warm year round; the weather is so mild that bougainvillea bloom even in Winter. Annual precipitation is around 1,000 mm in northern Wakayama, and over 2,000 mm in the south. The mountainous regions receive higher and heavy rainfall, with over 3,000 mm annually. Japan’s rainy season, known as tsuyu, typically starts from the beginning of June and lasts until mid-July; intense downpours are common. The upside of the rainy season is that popular outdoor attractions tend to be less busy.

Over the course of the year, the average daily temperature is about 15°C in Spring, rising to an average of 27°C by July in Summer. August is the hottest time of the year, and given Wakayama’s subtropical climate, things do get sticky with temperatures in the low 30s. The humidity and heat subside come October, when autumn temperatures hover around the 15°C mark, and then cool off to 6°C at the peak of Winter, in January. Visitors should note that temperatures in elevated mountainous areas such as Koyasan, are significantly cooler and see occasional snowfall in Winter. Temperatures in the southern coastal areas are generally warmer. 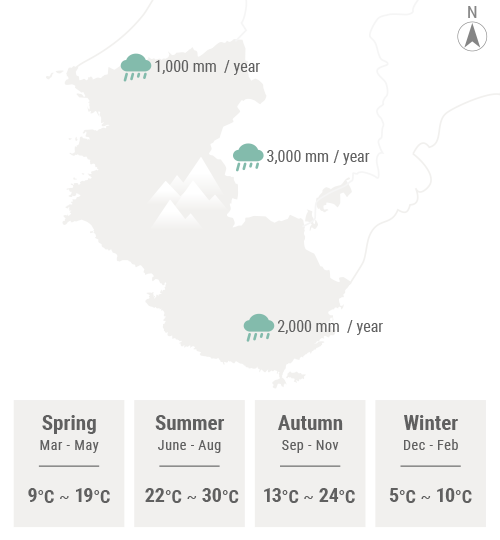 At an approximate elevation of 800m, the annual average temperature in Koyasan is 11°C, warm dress for the mountain climate is indeed recommended. January and February are the coldest times of the year, when temperatures dip below zero and snow occasionally falls. Temperatures only break the 10°C mark, at the end of March. The hottest time of year is the middle of August, and the most pleasant temperatures are seen between late September and October. That said rain falls year-round, and the wettest months of the year are June, July, October and November. During these times when fog sets in, Koyasan and in particular Okunoin are cloaked in a picturesque atmospheric mood. 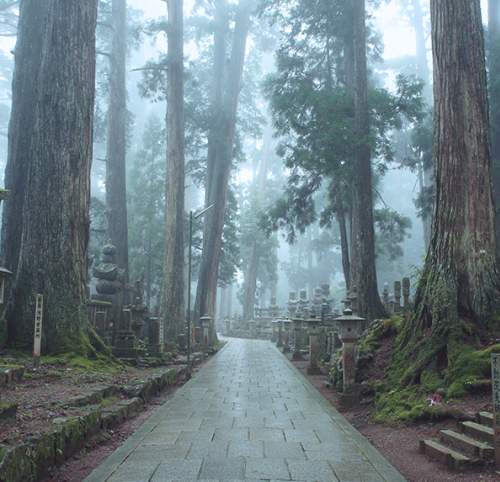 The weather in southern Wakayama and around the Kumano Kodo region is generally quite mild all year round, with very little snow. January is the coldest month of the year when average temperatures hover between 3°C ~ 7°C. Beach season opens annually in Shirahama on May 3rd, when temperatures are around 20°C. Humid and hot, temperatures peak in August. Whereas May, June, September and October are the most temperate months of the year, rainfall is also highest during these months, and in particular in June, July and September – the latter being the peak of Japan’s typhoon season. The ocean off the Kushimoto coast enjoys an average surface water temperature of 21°C, making it a great year-round diving area. 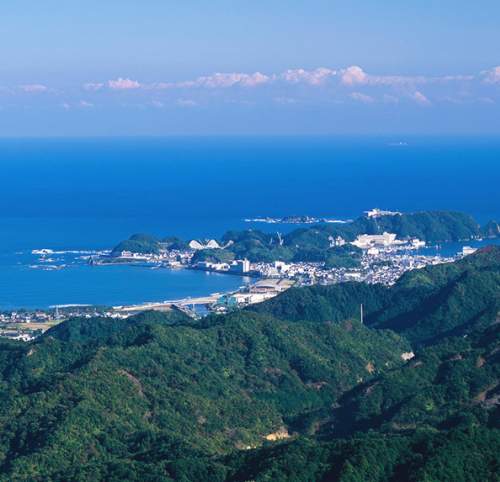 The trails rise from 100 m to 600 m, therefore comfortable walking clothing, hiking shoes, breathable rain-gear, an adequate water-supply, a hat and towel are recommended. Walking sticks also help to take the pressure off knees, and are available at most trailheads. 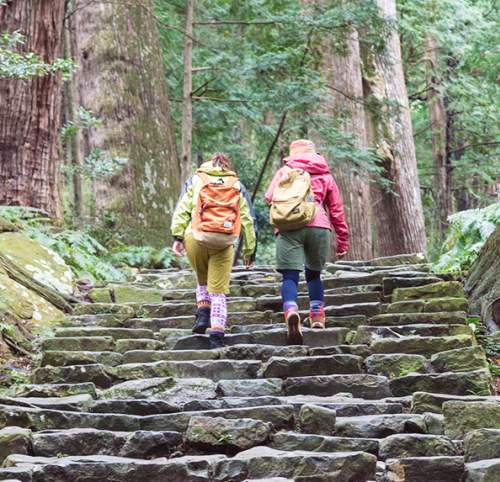 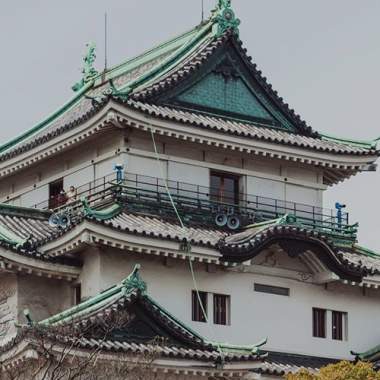 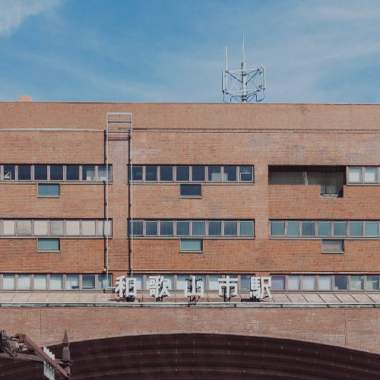 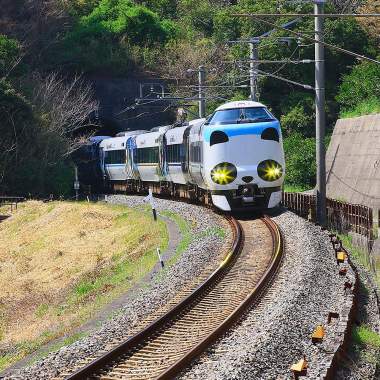 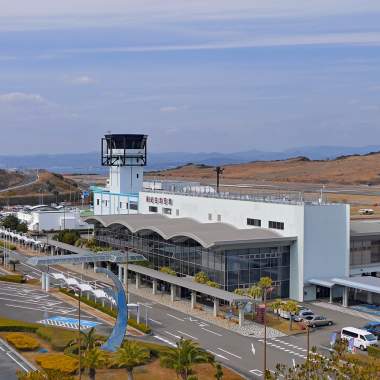 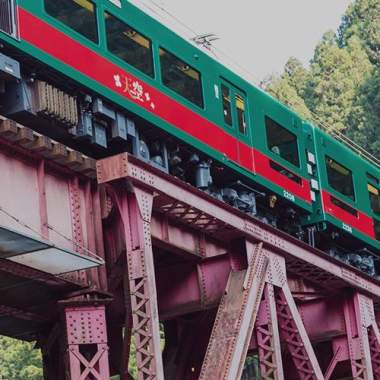 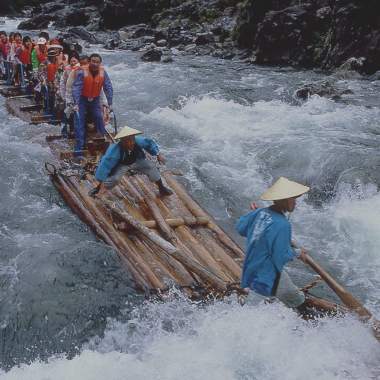 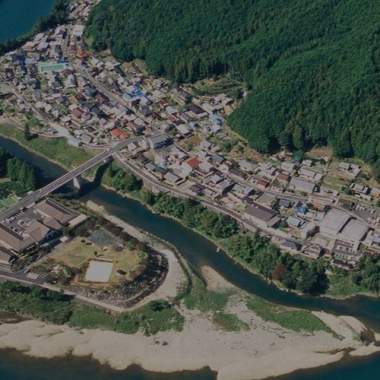 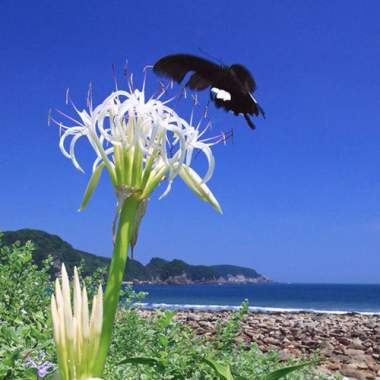 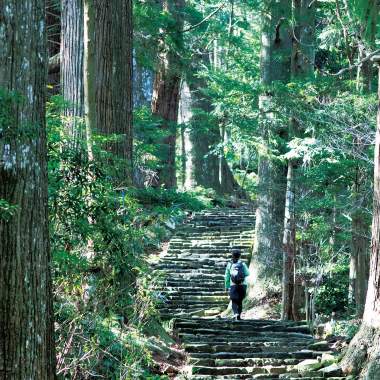 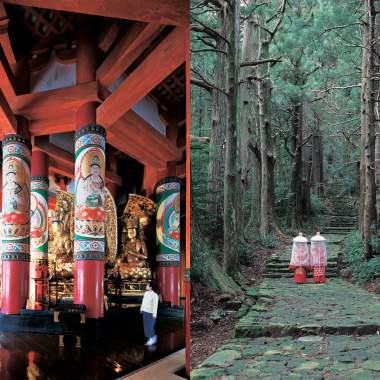